Should You Buy Samsung Galaxy Grand Neo Plus? 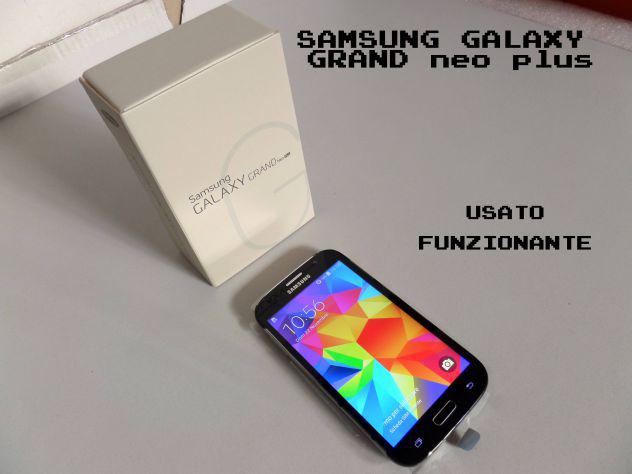 Samsung, the giant Korean electronics company, has recently launched a new Smartphone called Galaxy Grand Neo Plus. It is a budget Smartphone with a large 5 inch display. Actually, it is a successor of the earlier Galaxy Grand Neo that became very popular in India. As it is a major upgrade to Grand Neo, it obviously contains new features and higher specifications than Grand Neo. However, it has been priced lower at Rs. 9990 to lure budget conscious people. The new handset is actually a move by Samsung to compete with the likes of Yu Yuphoria and Canvas Nitro 2. Let us see how Grand Neo Plus compares with its older sibling Grand Neo.

Samsung Galaxy Grand New Plus may be a new smartphone from the stable of Samsung but it is actually only an upgrade of Grand Neo that was launched in January 2014. This is why it looks like a replica of Grand Neo. Both smartphones have the same candy bar design with even very identical dimensions. Both Neo and Neo Plus have dimensions of 143.7 x 77.1 x 9.5mm even though Neo Plus is 3 g lighter at 160g.

Samsung has cleverly made no change in the processor and the GPU of Grand Neo series and kept both same in its new smartphone. These smartphones are fitted with the same 1.2 GHz quad core processor from Cortex A-7. Thus there is no difference in performance as they operate at the same speed.

Both Galaxy Grand Neo as well as Grand Neo Plus have the same RAM of 1 GB that is at best modest when compared to latest smartphones. As far as internal memory is concerned, many people will be disappointed that the new Neo Plus has only 8 GB of storage capacity whereas Neo had 16 GB of internal memory. However, memory can be expanded up to 64 GB using micro SD cards as was the case with Neo.

Samsung Galaxy Grand Neo Plus has a screen size of 5 inches which is same as that of Grand Neo. Both smart phones produce same resolution of 480X800 pixels that is not much when one looks at new smartphones being sold in the market. Both phones have the same capacitive touch screens that are quite responsive.

Samsung Galaxy Grand Neo is fitted with a 5MP rear camera that can take high resolution (2592X1944pixels). It is equipped with LED flash and autofocus feature. It can also record HD videos in 720p. It also has a secondary front camera that is 0.3MP and can capture videos in VGA. On the other hand, though Samsung has not made any changes in the rear camera of Grand Neo Plus, it has certainly improved its front camera. It is now 2MP and can capture high resolution images and videos. It is certainly good news for all those who are fond of taking selfies and video chatting.

Despite launching Neo Plus after a gap of one year, Samsung has not made any change in the battery of this smartphone. It is fitted with the same 2100mAh removable battery that is there in Samsung Galaxy Grand Neo. Both smartphones can give a talk time of up to 11 hours on 3G.

Both Samsung Grand Neo and Grand Neo plus are Wi-Fi 802.11 a/b/g/n, GPS with A-GPS, and have micro USBv2.0 slots. Surprisingly the feature of DLNA is absent in Neo Plus whereas it is there in Neo. There is no HDMI port in both phones and they also do not have NFC feature. The only new additions in Grand Neo Plus are ambient light sensor and gyroscope that were not there in Grand Neo. But Grand Neo had a compass which is missing in Neo Plus.

This is one aspect of Grand Neo Plus that will be pleasing for the price sensitive consumers in the Indian market. It is priced at Rs. 9999 which is about a thousand Rupees less than its older sibling. It s on the basis of its sub 10000 Rupees price that Samsung Galaxy Grand Neo Plus would be able to compete with the likes of Canvas Nitro 2 and Yu Yureka.

Samsung Galaxy Grand Neo Plus may be a new smartphone from the stable of Samsung but it is more or less similar in features and specifications to the older Grand Neo. Samsung has made only a few changes here and there in Grand Neo and introduced it as Grand Neo Plus. The only consolation for the consumers is its lower price tag that will attract Indian consumers who are looking for a branded Smartphone in the sub Rs. 10000 price range.

TechChunks is meant to bring you the latest technological updates, tricks, tips and tweaks and to help you become an efficient technology user who knows how to use that information to her advantage .

Best Tips to Protect Your Touch Screen Phones and Tablets

Battle of the Nerds: PC Gaming Vs. Console Gaming

How often Should I Upgrade My Games Consoles and Gadgets?